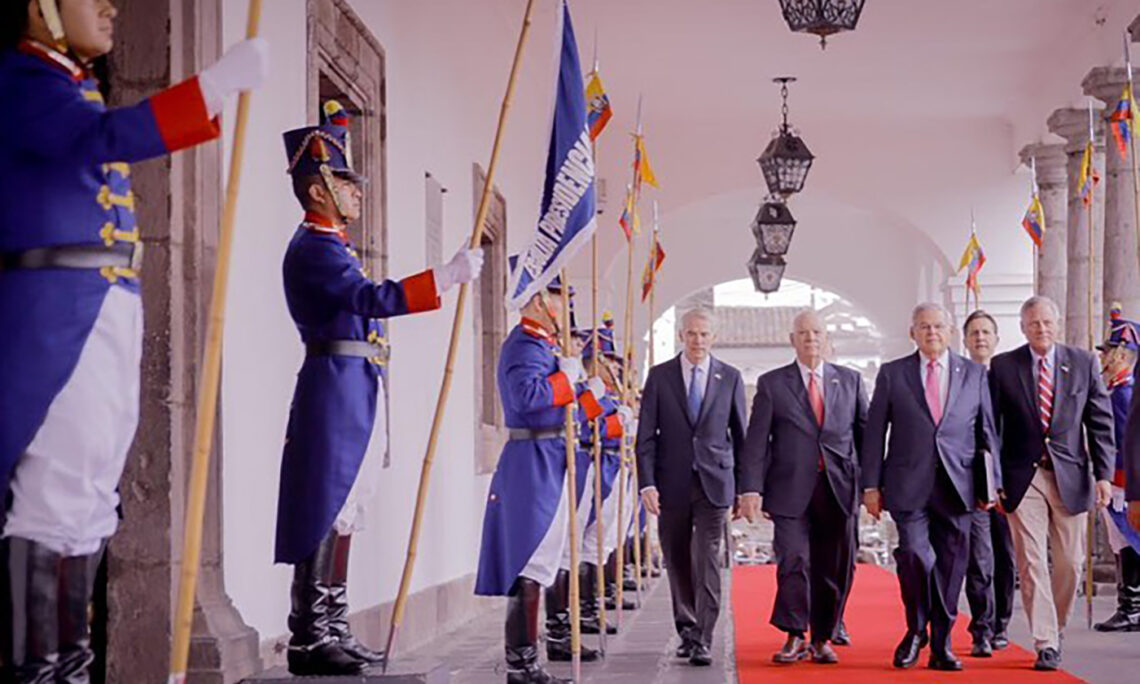 A delegation of five senators, two Democrats and three Republicans, will meet with President Lasso, other members of the Ecuadorian government, and members of civil society.

The delegation will hold a meeting with President Lasso to discuss the importance of bilateral relations, environmental conservation, and to demonstrate the commitment of the United States to Ecuador. The delegation will take advantage of its visit to the country to meet with its counterparts in the National Assembly.

As part of the agenda, the delegation will visit a program of the Center for Development and Self-Management (DYA), funded by the U.S. Government. This project supports Ecuadorian, Colombian, and Venezuelan migrant children and adolescents, who have been out of school for at least two years and are completing accelerated studies to rejoin the formal education system. The senators will also travel to the Galapagos Islands.