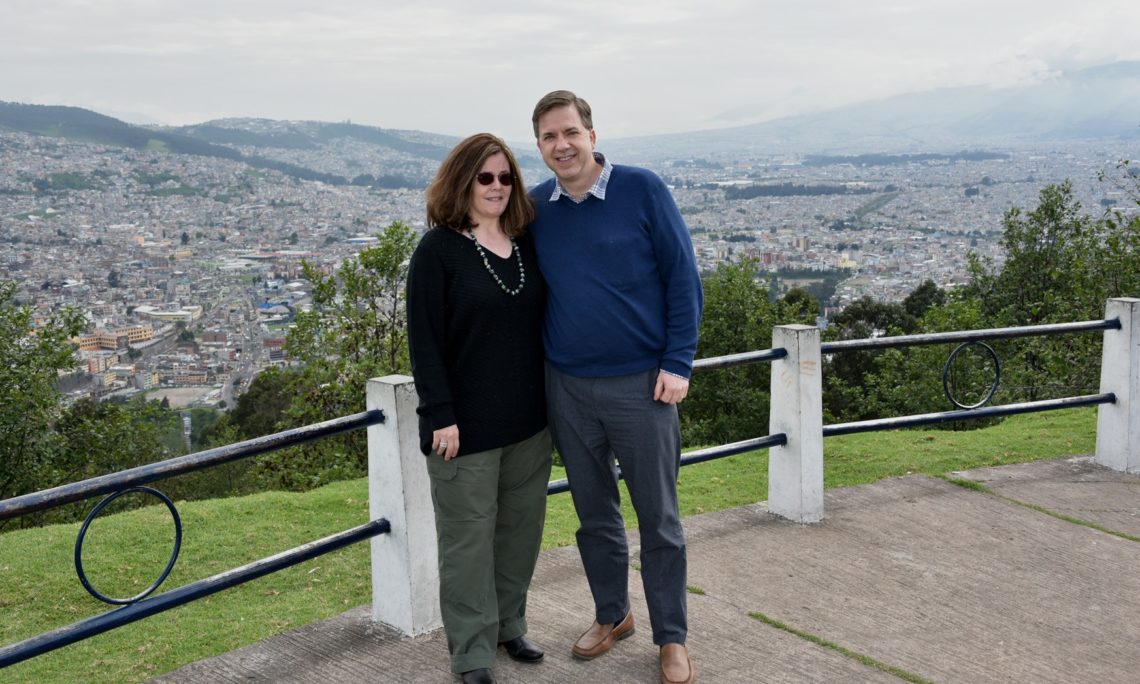 On Friday, January 29th, Ambassador Designate Todd C. Chapman arrived in Ecuador. The diplomat was confirmed by the U.S. Senate on December 9, 2015 and will start his official activities once he submits his credentials to the Ecuadorian government.

During the weekend, Ambassador Chapman and his wife had the opportunity to tour some of the most symbolic places in historical downtown Quito.

“My wife Janetta and I are delighted to finally be here. We are looking forward to getting to know this beautiful country and its rich history and culture, and the most important, the Ecuadorian people,” Ambassador Chapman said upon his arrival.

Todd C. Chapman was the Acting Assistant Secretary of the Bureau of Political-Military Affairs as of November 2015. Prior to this position, he served as the Principal Deputy Assistant Secretary, working together with the 350 personnel in the Bureau to advance global security relationships, administer over $6 billion in security assistance, and negotiate security agreements around the world.