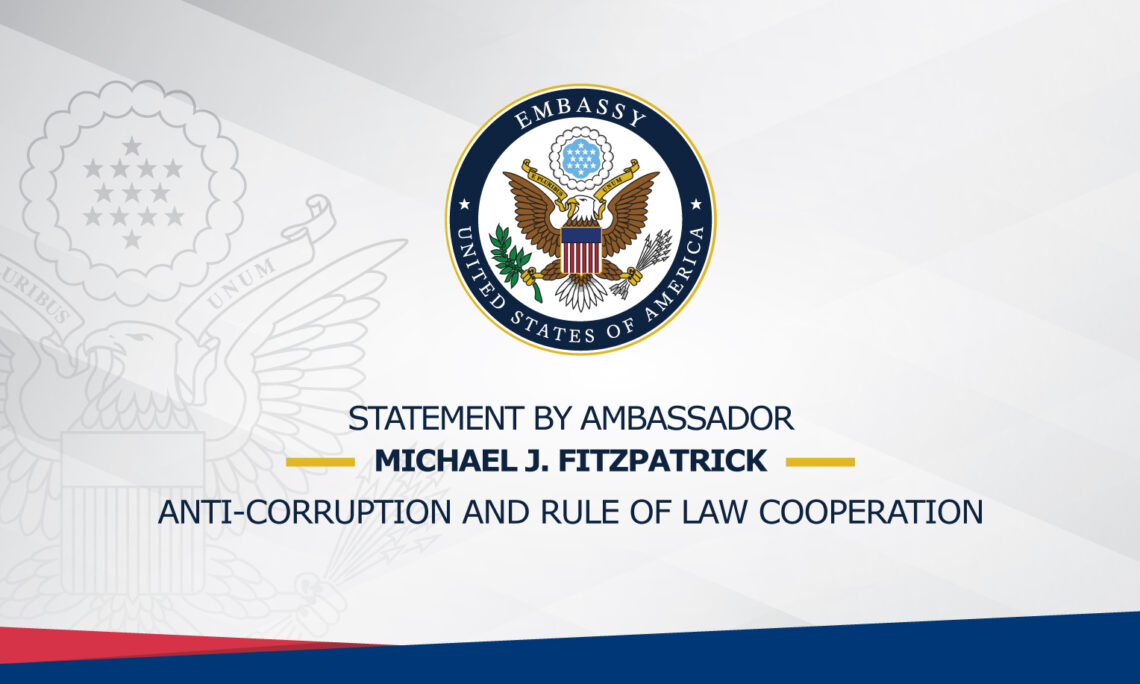 Corruption threatens the stability of countries and the security of their citizens. Corruption prevents economic growth, undermines human rights and democracy, and destroys trust in the judiciary and other public institutions.  Corruption facilitates transnational crime and undermines citizen safety.  No one country can fight these issues alone – however, we can succeed in making our people safer and promoting accountability and transparency by working together.  Under Presidents Biden and Lasso, the United States and Ecuador continue to expand and deepen our cooperation on security, transparency, the rule of law, and the fight against corruption and narco-trafficking.

Today’s visit to Quito by the U.S. Drug Enforcement Administration’s Director of the Andean Region, Valerie Nickerson, demonstrates the U.S. government’s continued support to the government and people of Ecuador in this shared fight.  Let there be no mistake: The ongoing prison unrest in Ecuador is caused by transnational criminals and their local partners seeking to remain above the law and impose their will upon the nation, its institutions, and citizens.  It is also a stark reminder of the importance of continued multinational cooperation in fighting narco-trafficking.  We see around the world examples of how transnational organized crime seeks to corrupt judicial outcomes, undermine legal businesses, and threaten the lives and safety of government officials and citizens alike.  We can, we must, and we will win this fight, together.

The United States stands by Ecuador in its anti-corruption efforts and the work to enhance citizen security. For our part we do not want thieves or their money in my country. We support the efforts of the Ecuadorian government in favor of the rule of law so that Ecuadorian criminals are held accountable before the law and pay the price for their actions. #Estamos Unidos  #NiLadronesNiSuPlata