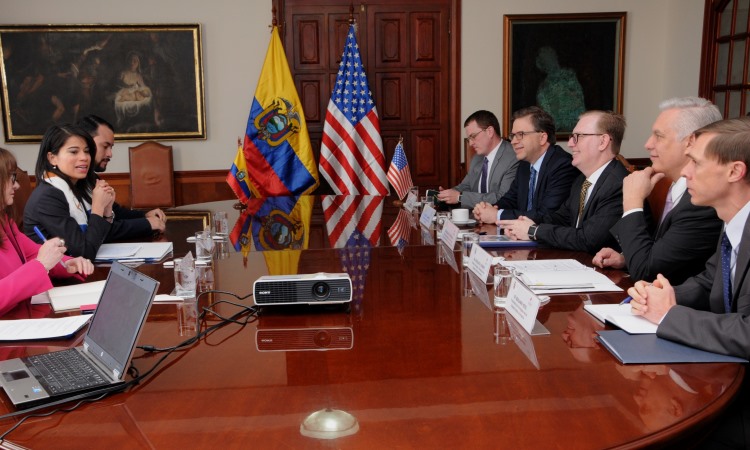 On August 5, Michael J. Fitzpatrick, Deputy Assistant Secretary for Western Hemisphere Affairs visited Ecuador as part of a regional tour.  He is in charge of issues related to the Andean region, Brazil and the Southern Cone.

During his stay, he met with authorities from the Ministry of Foreign Affairs, the Ministry of Interior and representatives from the civil society. The goal of his visit was to discuss issues of bilateral interest and strengthen the links between the U.S. and Ecuador peoples.

Fitzpatrick is a career diplomat who has served in the Western Hemisphere, Africa, Asia, and Europe. In 2014, he was appointed as the U.S. Deputy Permanent Representative to the Organization of American States. From 2011 through 2014, he worked as Deputy Chief of Mission and Chargé d’Affaires in Lima, Peru.  Previously, he worked as Advisor on Foreign Policy to the Department of Defense’s Chief of the National Guard. He has also worked as Deputy Chief of Mission in Paraguay, Political Officer in Kenya, Belgium, Colombia, and the Philippines. In Washington, he served in the Secretary of State Office.