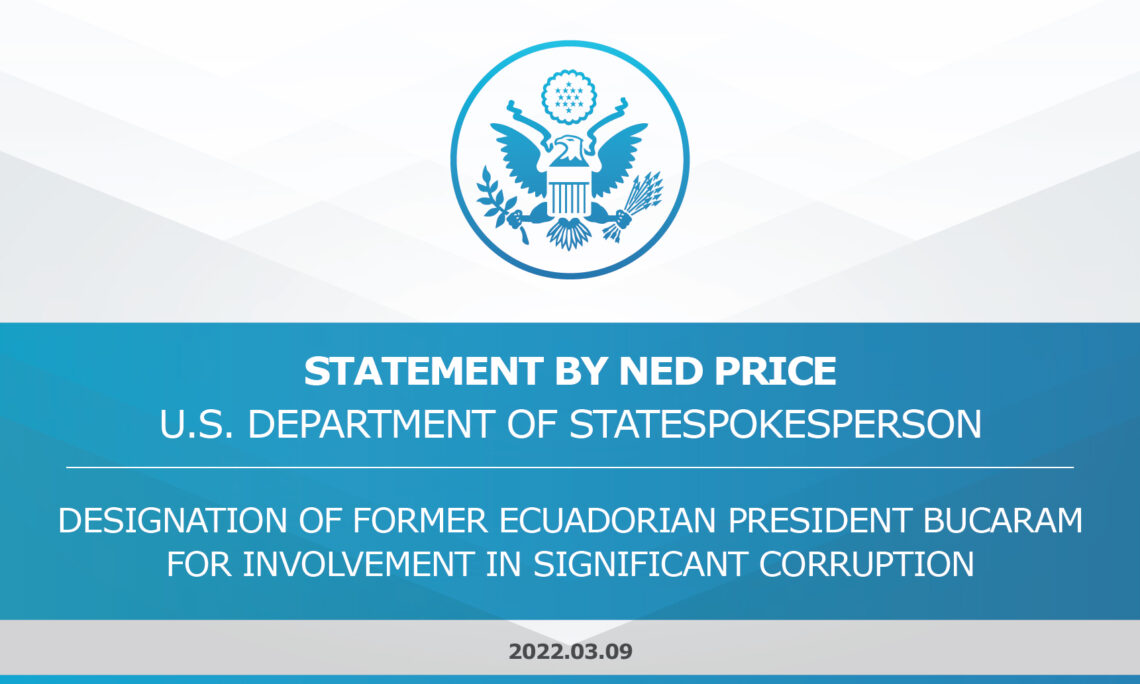 The United States is designating former Ecuadorian President Abdalá Jaime Bucaram Ortiz, Sr. due to his involvement in significant corruption, including misappropriation of public funds, accepting bribes, and interfering with public processes. During his tenure as the president of Ecuador, Bucaram engaged in multiple corrupt acts, including accepting bribes and stealing public funds. Former President Bucaram has not yet faced accountability for his betrayal of the public trust.

This public designation is made under Section 7031(c) of the Department of State, Foreign Operations, and Related Programs Appropriations Act, 2021, as carried forward by the Continued Appropriations Act, 2022. Under this authority, designated officials of foreign governments involved in significant corruption and their immediate family members are ineligible for entry into the United States. The Department is also designating Bucaram’s spouse, María Rosa Pulley Vergara, and sons Jacobo Abdalá Bucaram Pulley, Abdalá Jaime Bucaram Pulley, and Michel Abdalá Bucaram Pulley.

This designation reaffirms the commitment of the United States to combat corruption that undermines the Ecuadorian people’s faith in its democratic institutions. We stand with all Ecuadorians in support of democracy and the rule of law and against those who undermine these principles for personal gain.