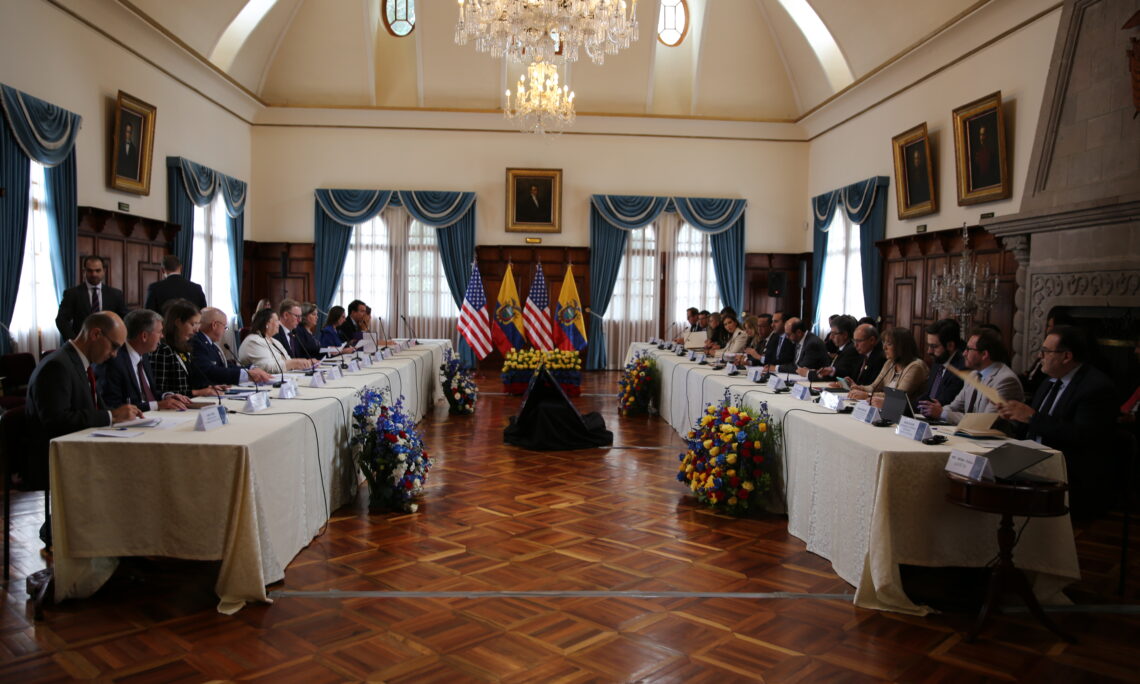 Office of the Spokesperson

The text of the following statement was released by the Governments of the United States of America and the Republic of Ecuador.

Ecuador and the United States of America conducted a Bilateral Expanded Political Dialogue at the Ministry of Foreign Affairs and Human Mobility in Quito on November 16, 2022.  Victoria Nuland, Under Secretary for Political Affairs of the U.S. Department of State, met with President Guillermo Lasso and Foreign Minister Juan Carlos Holguín to discuss priorities in the bilateral relationship and on the international agenda, reaffirming U.S. support for democracy in Ecuador.

The United States and Ecuador enjoy a strong and strategic relationship based on shared goals and values related to democracy, security, human rights, anti-corruption, climate change, and economic prosperity.  The countries discussed mutual objectives to advance a positive global agenda during Ecuador’s non-permanent tenure on the UN Security Council beginning in 2023.  Ecuador outlined its goals for the Alliance for Development in Democracy, which it joined during the Summit of the Americas in Los Angeles in June 2022.

Each delegation underscored the urgent need to combat international organized crime, cooperate on counternarcotics operations, and increase security in the region.  Minister Holguín expressed his appreciation for the United States’ rejection of recent violent attacks in Ecuador, stating that they were a reaction to security measures adopted by the Ecuadorian government. The United States recognized Ecuador’s achievements in drug interdiction and destruction and committed to continued U.S. support.  Dialogue participants committed to strengthen cooperation to counter malicious actors and bolster citizen security through the defense and security partnership.

Ecuador and the United States underscored the need for migration policies that promote safe, orderly, and regular migration while maintaining border security.  The United States congratulated Ecuador for its regularization and inclusion process for Venezuelan migrants residing in Ecuador.

The delegation of the United States thanked Ecuador for the warm reception and attention during their visit to Ecuador and underscored the successful organization of the Bilateral Expanded Political Dialogue.