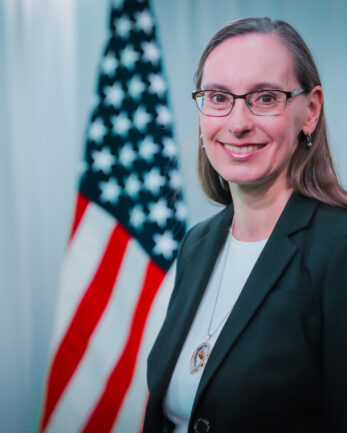 Debra Hevia is a member of the Senior Foreign Service.  She began her assignment as Deputy Chief of Mission in Quito, Ecuador in August 2020.

Previously, Ms. Hevia was Director of the Mid-Level Division in the Office of Career Development and Assignments, Bureau of Global Talent Management, where she championed reforms to provide career flexibilities to Foreign Service Officers and Specialists.  Other Foreign Service assignments include Political Counselor in Bucharest, Romania; Political Counselor in Panama City, Panama; American Presence Post Officer for Santa Cruz, Bolivia; Political-Economic Section Chief in Bratislava, Slovakia; Political Officer in Managua, Nicaragua; Desk Officer in the Office of Central American Affairs; Watch Officer in the Department of State’s Operations Center; Consul in Amsterdam, the Netherlands; and Political Officer in La Paz, Bolivia.  She joined the Foreign Service in 1991.

Ms. Hevia grew up in upstate New York.  She earned a B.A. in International Studies from American University in Washington, DC.  She speaks Spanish, Romanian, Slovak, and Dutch.  Hobbies include hiking, yoga, and reading.  She is married to Marcelo Hevia, a lawyer and entrepreneur originally from Bolivia.  They have two college-aged children.