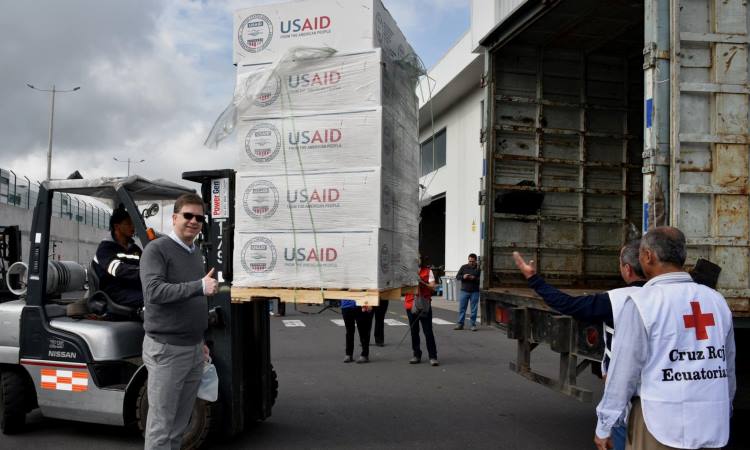 In close cooperation with the Ecuadorian government an aircraft arrived on April 24 in Quito bringing in emergency humanitarian relief managed by the Office of Foreign Disaster Assistance Abroad(OFDA) of USAID. More than 80 tons of emergency supplies were delivered directly to the Ecuadorian Red Cross.

The technical team sent by USAID identified the urgent needs of the affected population and in response the shipment included the following:

In addition, USAID has provided $740,000 so far in humanitarian aid for the affected population and has been working with local partners on the ground to bring safe water to victims, to improve sanitation by providing hygiene kits, and to carry emergency supplies to affected communities.

The U.S. government is also supporting the World Food Programme, which is providing food stamps to 25,000 people in the most affected areas of Pedernales, Manta, and Esmeraldas.

The USAID team of technicians who arrived immediately after the earthquake consists of 28 experts who continue to assess the damage, to identify priority humanitarian needs, and to provide information and analysis of the situation on the ground.

Since April 16, the government of the United States has been committed to supporting the search and rescue efforts of victims and has supported the actions of the Ecuadorian government in everything within its power. The arrival of these emergency supplies are a firm example of this commitment.