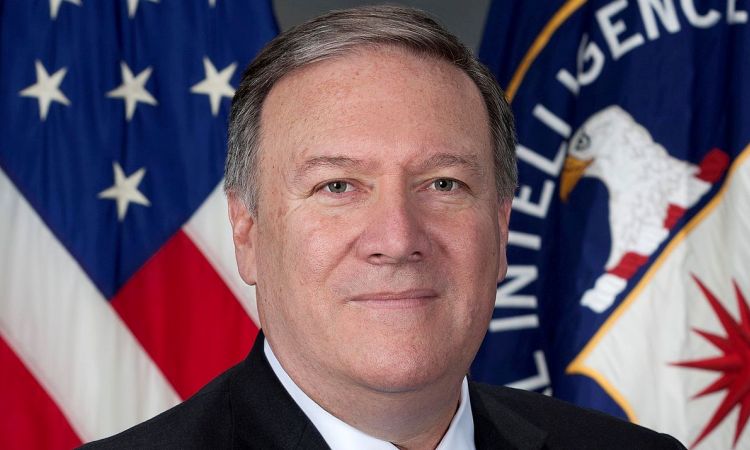 Secretary of State Michael R. Pompeo will travel to Buenos Aires, Argentina; Guayaquil, Ecuador; Mexico City, Mexico; and San Salvador, El Salvador July 19-21 to further strengthen our partnerships within the Western Hemisphere on regional and global challenges. The Secretary will expand cooperation on security issues and highlight the U.S. commitment to democracy, human rights, and increasing economic opportunity for our citizens. He will also reinforce support for the people of Cuba, Nicaragua, and Venezuela in their struggle for democracy and freedom from repression.

On July 18, before heading to Argentina, Secretary Pompeo will travel to San Juan, Puerto Rico, where he will meet with State Department Consular Affairs and Diplomatic Security staff at the San Juan Passport Agency and the Diplomatic Security San Juan Field Office to express appreciation for their hard work serving the interests of U.S. citizens traveling internationally, especially in the challenging aftermath of Hurricanes Irma and Maria.

In Buenos Aires, Secretary Pompeo will join regional leaders for the Second Western Hemisphere Counterterrorism Ministerial to deepen cooperation in the fight against terrorism and transnational crime. This Ministerial will also commemorate the 25th anniversary of the Iran-backed attack on the Argentine Jewish Mutual Aid Society (AMIA) community center in Buenos Aires, which killed 85 people and injured more than 300. While in Buenos Aires, the Secretary will meet individually with Argentine President Macri, Chilean Foreign Minister Ribera, and Bahamian Foreign Minister Henfield to reinforce our partnerships in advancing citizen security, expanding trade and investment, and promoting democratic governance.

In Guayaquil on July 20, the Secretary will meet with President Moreno and Foreign Minister Valencia as we reinvigorate bilateral cooperation in areas of mutual interest, including democracy, economic prosperity and security.

In Mexico City on July 21, Secretary Pompeo will meet with Foreign Secretary Ebrard to discuss illegal immigration, the U.S. Mexico Canada Agreement, and our joint commitment to promote opportunity and economic prosperity in southern Mexico.

In San Salvador, Secretary Pompeo will meet with President Bukele to discuss our shared interest in reducing illegal migration and support President Bukele’s efforts to create economic opportunity, combat corruption, and build a strong, self-reliant El Salvador. The Secretary will reinforce bilateral security cooperation by signing a lease extension for a counternarcotics air hub, and promoting our joint efforts to strengthen Salvadoran law enforcement in support of U.S. national security.

On July 22, Secretary Pompeo will wrap up his trip in Orlando, Florida, where he will meet with the Veterans of Foreign Wars (VFW) president, deliver a speech at the VFW, and meet with the VFW Kansas Delegation. Follow Secretary Pompeo’s travel via @StateDept and @SecPompeo on Twitter and go to the Department’s Flickr account for the latest trip photos. Stay connected at https://blogs.state.gov/engage, and keep track of all of the Secretary’s travels at https://www.state.gov/secretary/travel/index.htm