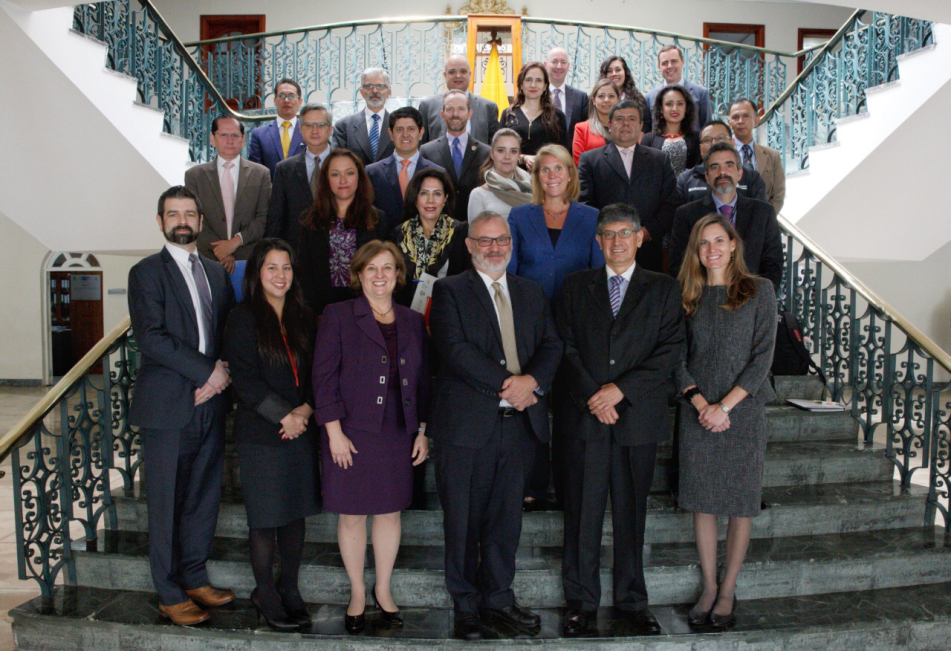 Members of the Bilateral Working Group on Consular and Migration Matters

Special Advisor Suzanne Lawrence of the U.S. Department of State’s Office of Children’s Issues visited Ecuador this week to strengthen the operation of the Hague Abduction Convention between the United States and Ecuador.

The 1980 Hague Convention on the Civil Aspects of International Child Abduction, which has been in force between the United States and Ecuador since 1992, is a multilateral treaty that establishes a civil mechanism to promptly return children who have been removed from or retained outside of their country of habitual residence in violation of custodial rights.  With 99 Contracting States throughout the world, the Hague Abduction Convention is one of the most effective tools available for parents or legal guardians to seek the return of their abducted children.

The Office of Children’s Issues is the U.S. Central Authority for the Hague Abduction Convention. It leads U.S. government efforts to prevent abductions and to respond when international abductions or wrongful retentions occur.

Special Advisor Lawrence engaged with the Ecuadorian Central Authority, the main point of contact for parents and other governments involved in Convention cases, and other Ecuadorian authorities to ensure proper implementation of the Convention.  In addition to the meeting with the Ecuadorian Central Authority, the Special Advisor’s visit included meetings with the Ministry of Foreign Affairs, National Court of Justice, Dirección Nacional de Policía Especializada para Niños, and the Hague Network Judge for Ecuador, among others.