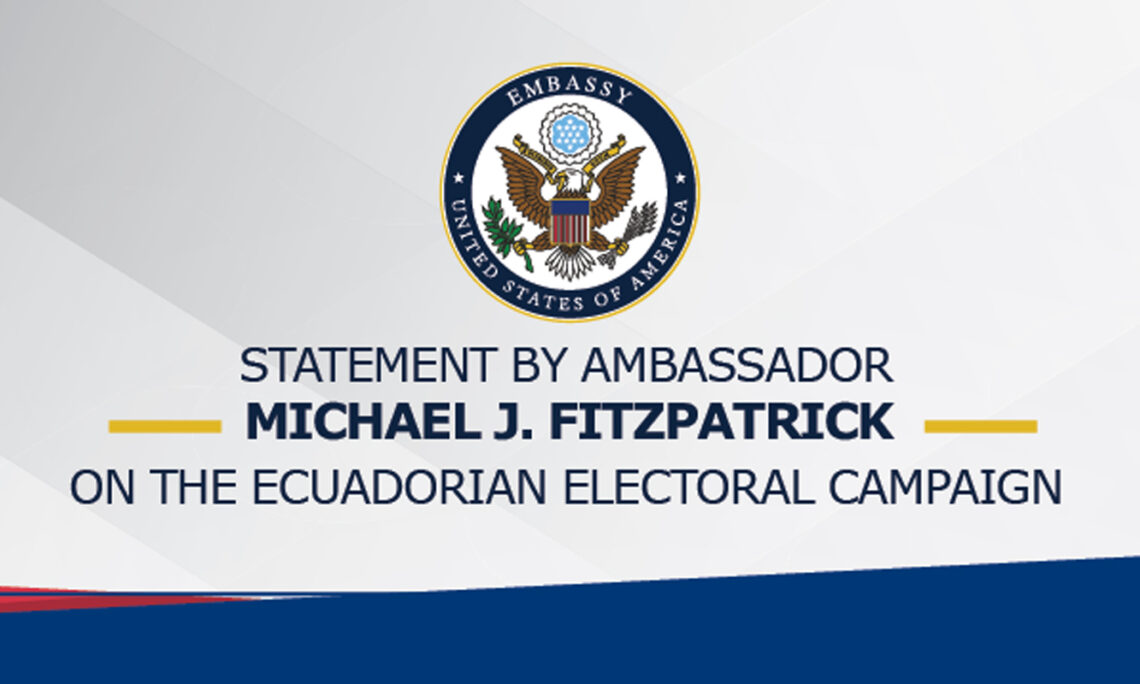 The United States congratulates presidential candidates Andrés Arauz and Guillermo Lasso, who are to participate in Ecuador’s run-off election.  Ecuador’s democratic institutions have confirmed the results of the first-round election in accordance with their constitutional responsibilities and the country’s laws.​  We also recognize the campaign run by Yaku Pérez and those who supported that historic effort, as well as all the other candidates who participated in the democratic process.  While Ecuadorians prepare to cast their second ballot on April 11, the Government of the United States will continue working with President Moreno’s government, and expects to do so as well with the next Ecuadorian government, whichever it may be, on a wide array of issues, to the benefit of both countries and the region. — Michael J. Fitzpatrick, U.S. Ambassador to Ecuador