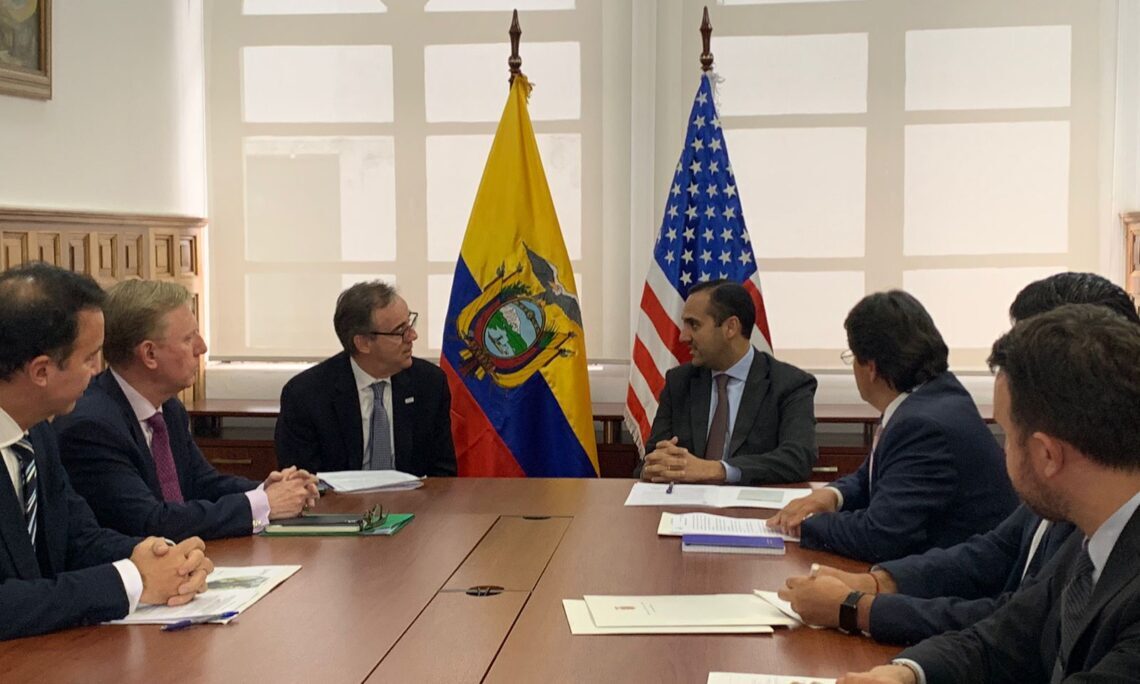 With this renewal, the United States increases its investment in development projects in Ecuador.

The agreement signing ceremony took place at the Ministry of Foreign Affairs with Juan Carlos Holguin, Foreign Minister of Ecuador; Michael J. Fitzpatrick, Ambassador of the United States to Ecuador; Peter Natiello, visiting Senior Deputy Assistant Administrator for Latin America and the Caribbean from the U.S. Agency for International Development (USAID); and Daniel Sánchez Bustamante, Director of USAID’s Mission to Ecuador. During his visit to Ecuador from Washington, DC, Peter Natiello reaffirmed the United States’ commitment to Ecuador.

“The United States is committed to its longstanding relationship with Ecuador. I consider this relationship fundamental for the benefit of the citizens of both countries, as well as the entire hemisphere. The United States recognizes Ecuador as a strong and reliable partner on a number of important issues for our societies,” said Mr. Natiello.

Within the agreement framework, U.S. priorities in Ecuador include democracy and governance, economic integration, conservation and sustainable use of natural resources, climate change and response to humanitarian crises. The U.S. government’s participatory and inclusive model invites potential partners, local stakeholders, and beneficiary groups to be part of a collaborative creation process in which they transform a problem into a solution. In this way, the United States guarantees that Ecuadorians are represented, that they have a voice in the search for solutions.

The United States seeks to promote innovative partnerships with the private sector, civil society, and historically marginalized groups such as women, youth, indigenous communities, afroecuadorians, and people with disabilities, among others.

During his visit to Ecuador, Senior Deputy Assistant Administrator Natiello visited USAID projects that support food security and the economic integration of migrant populations. Since USAID reopened its operations in the country in 2020, it has provided humanitarian assistance to nearly 600,000 Venezuelans in migratory status and Ecuadorians in host communities. USAID has also supported the economic integration of more than 31,000 individuals to enable their access to formal financial institution services and has supported 3,000 people in the development of micro-enterprises and connection to employment opportunities.

The United States’ relationship with Ecuador is based on shared values and principles, including mutual respect for democratic institutions, the ability to openly express differing viewpoints, and the key role of civil society. We will continue to work together to strengthen democracy, expand prosperity, and increase security in Ecuador.