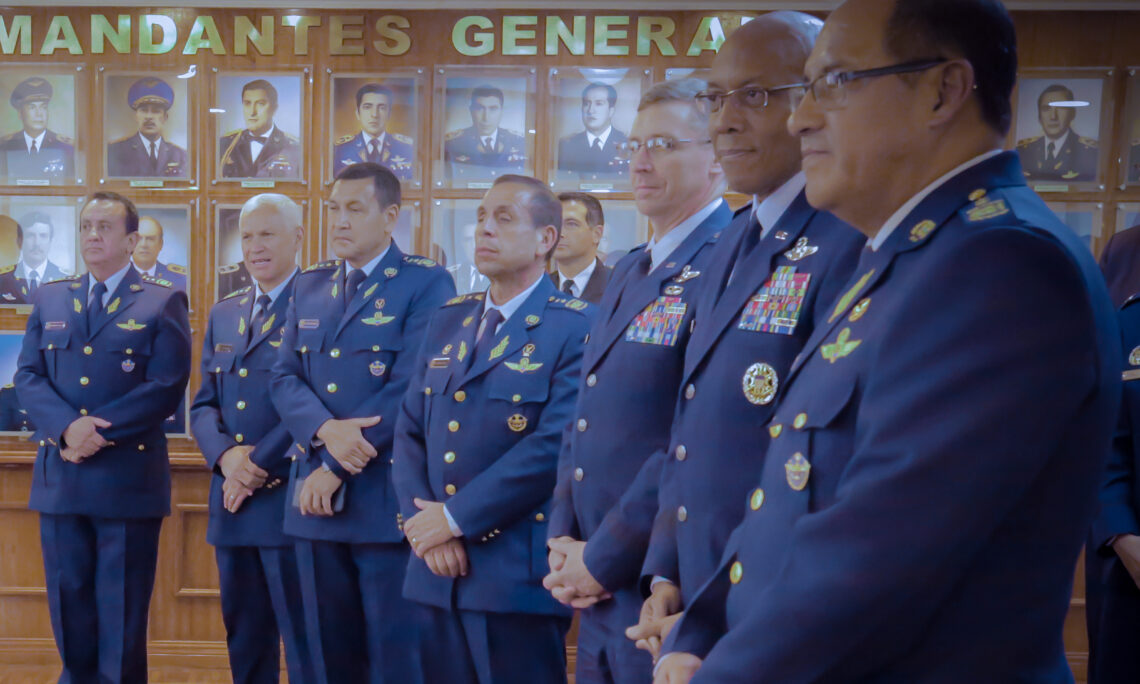 General Brown (second from right), along with other authorities during the meeting in Quito

Quito, October 14, 2022.  The Chief of Staff of the United States Air Forces, General CQ Brown Jr., visited Quito for two days to meet with different authorities and reaffirm the defense commitment between the United States and Ecuador.

During these meetings, General Brown stressed that Ecuador is a valuable strategic partner and regional leader in the promotion of democratic principles, the defense of human rights, and the advancement of security cooperation. In addition, the officials exchanged views on threats to regional security and discussed their shared interest in a stable and secure Western Hemisphere.