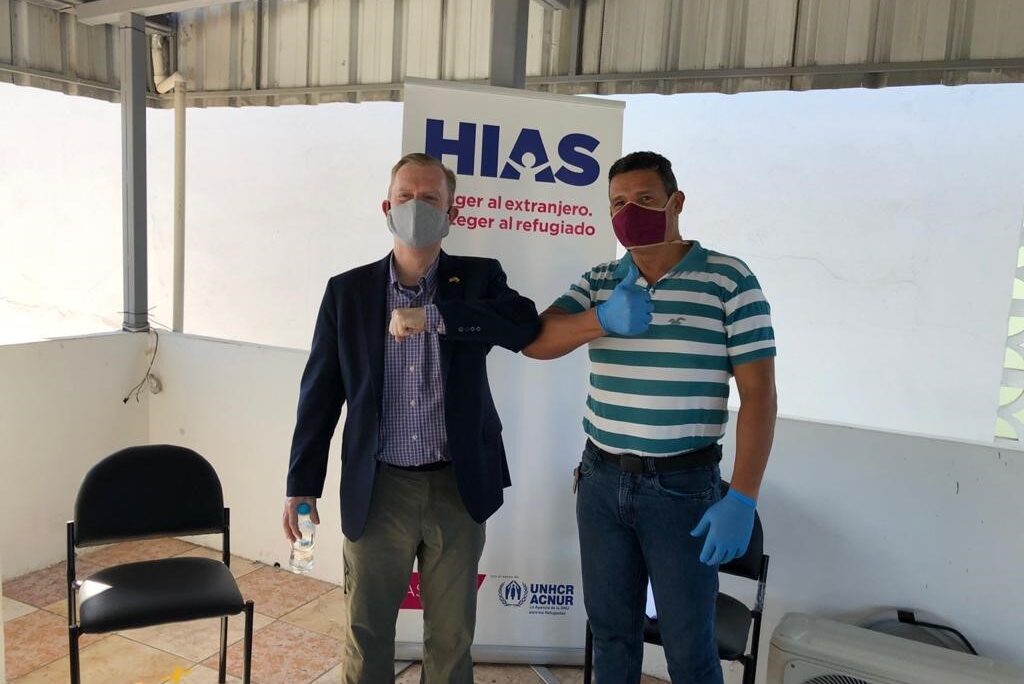 Quito, June 20, 2020–On the occasion of World Refugee Day, U.S. Ambassador to Ecuador Michael J. Fitzpatrick reaffirmed the U.S. commitment to protecting and assisting migrants and refugees worldwide. The United States remains the single largest provider of humanitarian assistance globally, giving more than $70 billion in the last decade to provide food, shelter, healthcare, legal assistance, livelihoods, education, and access to clean water to displaced and vulnerable populations across the world.

While meeting Venezuelans earlier this week in Manta, Ambassador Fitzpatrick said, “The United States is absolutely committed to the Venezuelan people, both those who remain in their homeland, as well as those who have been forced to flee by the extraordinarily difficult conditions under the illegal Maduro regime. Our assistance includes more than $31.4 million in new funding to provide food and emergency services and facilitate the long-term integration of Venezuelans in Ecuador, helping the Ecuadorian government to attend to these vulnerable populations.” He applauded Ecuador’s leadership and solidarity in providing safe haven, essential services, and other support to Venezuelans, Colombians, and other refugees and migrants.

Since 2018, in Ecuador alone, the United States has provided more than $105 million in support through our international and non-governmental partners for Venezuelans, Colombians, and host communities.  This additional $31.4 million in new funding, provided by the State Department’s Bureau of Population, Refugees, and Migration and the U.S. Agency for International Development (USAID), will be implemented through the United Nations High Commissioner for Refugees, the International Organization for Migration, UNICEF, the World Food Program, and the World Council of Credit Unions.

The United States has welcomed more than 3.3 million refugees for permanent resettlement since 1975 and continues to prioritize the admission of those who have been persecuted or have a well-founded fear of persecution on the basis of race, political opinion, nationality, religion, or membership in a particular social group. Since 2002, the United States has welcomed 3,235 refugees from Ecuador permanently, of whom 3,166 are Colombian nationals, under the U.S. Refugee and Admission Program.

The assistance to and support of refugees and migrants in Ecuador reflects the generosity and solidarity of the American and Ecuadorian peoples in aiding these vulnerable groups.