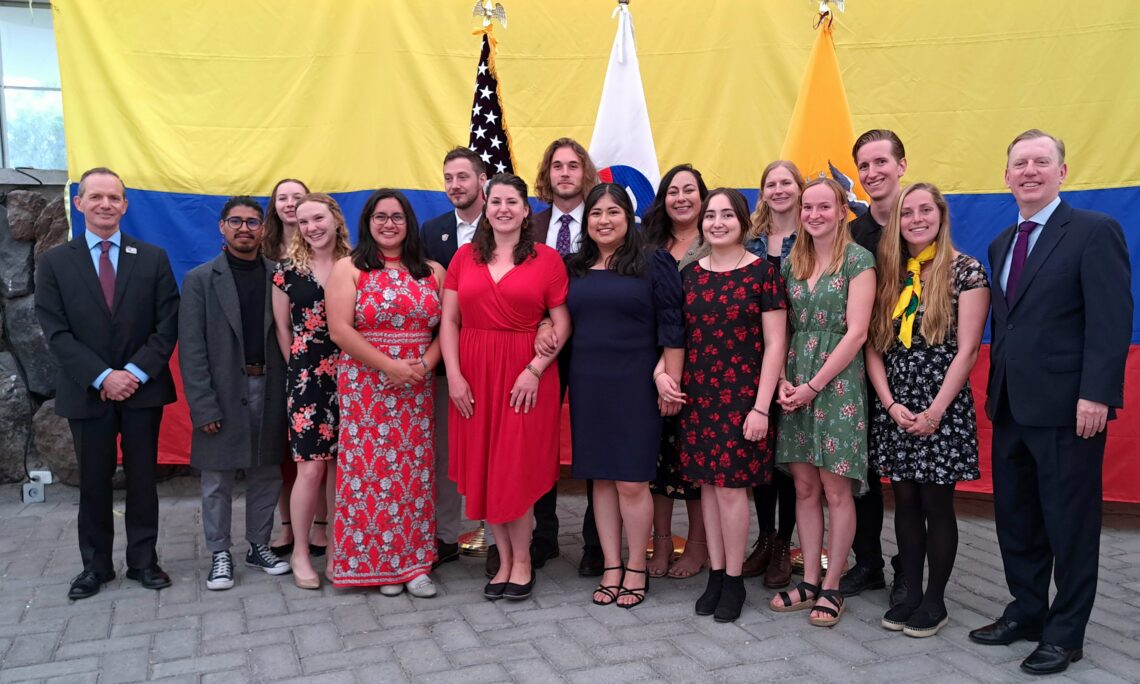 The16 volunteers, of which eight are in the Youth and Family Development program and eight in the Health and Wellness program, will be in the country for two years.

Quito, October 27, 2022 – The U.S. Government celebrated the swearing-in of 16 Peace Corps volunteers in Ecuador yesterday, eight of whom are in the Youth and Family Development program and eight in the Health and Wellness program. After ten weeks of training, volunteers will remain in the country for two years.

The ceremony, which was held at the Botanical Garden, was attended by Michael J. Fitzpatrick, Ambassador of the United States to Ecuador; Michael A. Donald, Country Director of the Peace Corps; Paul Arias, Executive Director of the CRISFE Foundation and Wendy Campoverde Pabón, National Director of Health Promotion of the Ministry of Public Health. Also in attendance were officials from the U.S. Embassy, Peace Corps, host families, and former volunteers.

“The Peace Corps works side-by-side with communities and partners for the benefit of the Ecuadorian people, strengthening understanding and cultural ties between our countries,” said Michael J. Fitzpatrick, U.S. Ambassador to Ecuador.

The Peace Corps was created in 1961 under President John F. Kennedy for the purpose of promoting peace in the world and fostering understanding and friendship among nations through the volunteer work of Americans in other countries. The Peace Corps has worked in Ecuador since August 1962, one year after the agency’s global opening and following the signing of a bilateral cooperation agreement between Ecuador and the United States.