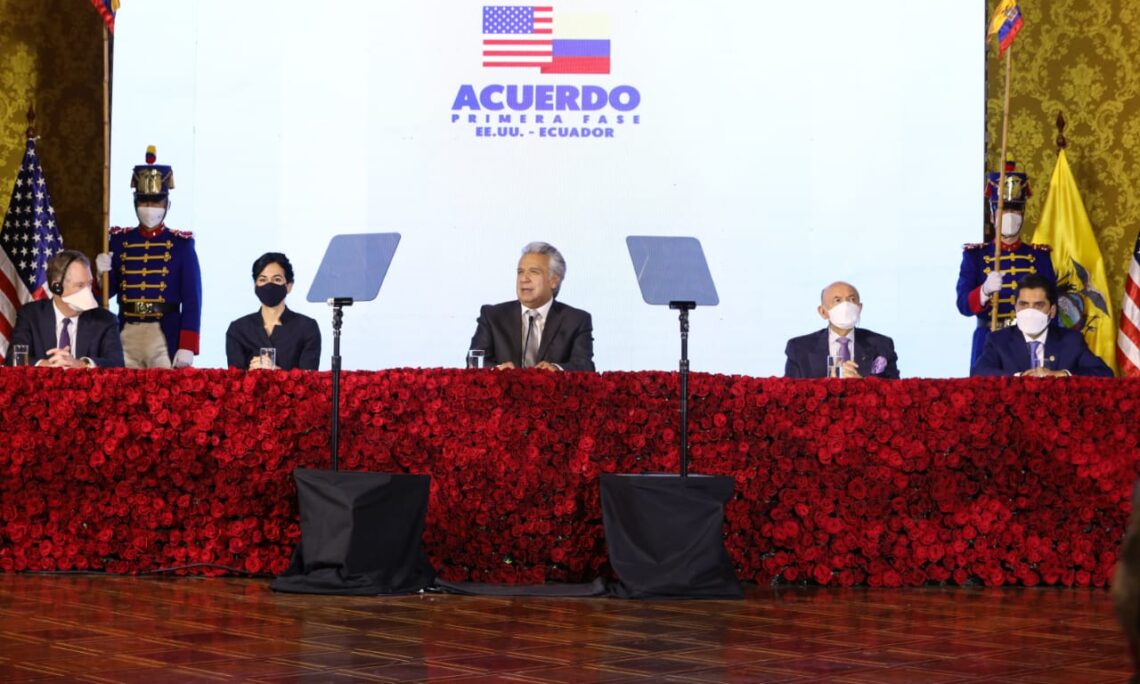 “The United States and Ecuador have worked closely in recent years to address a number of trade issues important to stakeholders in both countries,” stated Ambassador Lighthizer.  “Today’s Protocol builds on the existing TIC Agreement to establish high standards for efficient customs procedures, transparency in regulatory development, anti-corruption policies, and cooperation and information sharing to benefit small and medium-sized enterprises.  This Protocol is an important step in establishing closer economic ties between our countries.”

The TIC provides a forum for discussing a wide range of trade and investment issues.  In addition to implementing this Protocol, the United States and Ecuador will continue to work within the TIC to promote increased trade, including by promoting reform of Ecuador’s import licensing regime.

The full text of the U.S.-Ecuador TIC Protocol on Trade Rules and Transparency can be found here.

An additional joint statement by the United States and Ecuador can be found here.

A fact sheet on the Protocol can be found here.